~In Pursuit of Wildness: Exploring the Backcountry of Sequoia National Park ~

The article "In Pursuit of Wildness:  Exploring the Backcountry of Sequoia National Park" by Robert Griego was originally published on the "RoadRUNNER Touring & Travel" magazine website on 12/13/2016. 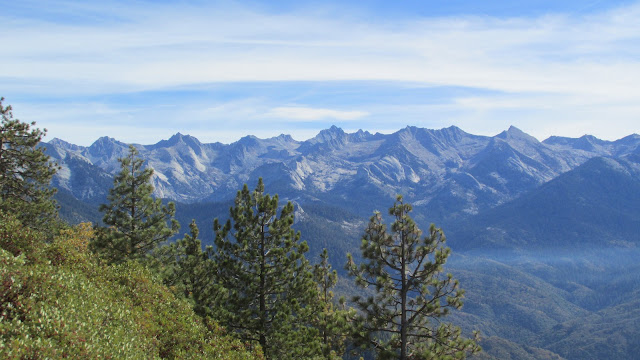 Everyone knows Yellowstone is America’s first national park. Few, however, know that Sequoia is the nation’s second national park and California’s first. That’s where this story begins.
The giant sequoias were here some 2,000 years ago. Their root system is shallow and they drink about 500 gallons per day. If you come by after a fire, you will see hundreds of little sequoia trees sprouting from the ashes. Fire is important to them; they need heat to flourish and grow. In 1903, Captain Charles Young led the U.S. 10th Cavalry, also known as the Buffalo Soldiers, to protect the park in its early years. 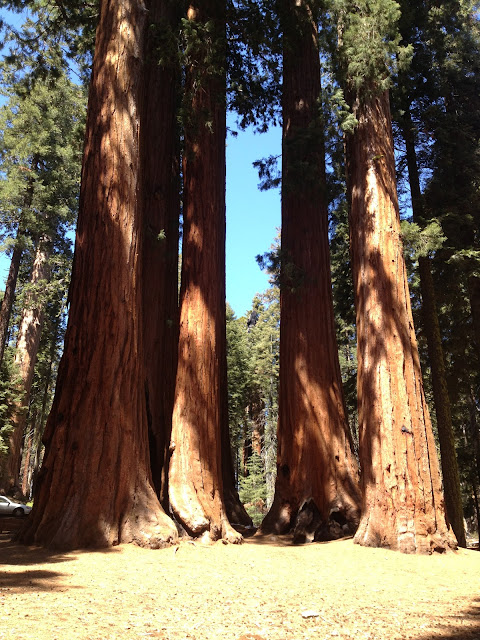 My favorite thing to do in Sequoia is ride up to Mineral King and camp at Cold Springs Campground, rated as one of the best in the West. It is 25 miles from Three Rivers, with many curves, but so worthwhile. This high sub-alpine valley is at 7,800 feet. Check out campsite eight if you want a special spot for the night. Tonight I’m pitching a tent alone here, but my fire comforts me while the nearby stream quietly speaks to me. The stars talk too, but my fingers cannot quite touch them. In the warmth of my sleeping bag I think about John Muir and his words, “The mountains are calling and I must go.”
Riding horseback in the wilderness of Sequoia was a dream come true when I worked here. Those trips into the backcountry were a team building experience for management, yet for me it was a pure jolt of wildness. “Remember this moment around the campfire!” Superintendent Jack Davis did not mince words. “Our job is to protect and preserve what you have experienced today. This may be the most important time you spend with the National Park Service.”
On that trip, we rode horses, camped above timberline, fished, and forgot all about our worries back at park headquarters. We were there to reconnect with nature, to be better park stewards. Since 1984, nearly 90 percent of Sequoia and nearby Kings Canyon National Park has been managed as wilderness. So get out and hike. In just two to three miles down a backcountry trail you’ll find few people around. It is so rewarding.
On September 11, 2001, I was in my office at Ash Mountain in Sequoia National Park when I heard the news. The twin towers had just been attacked. The Federal Aviation Administration (FAA) immediately closed down all American airspace, and we felt that personally at Sequoia.
Our helicopter was being used to transport supplies and crew into the backcountry that day. They got permission from the FAA to do so, but confusion occurred. Our pilot thought the “OK to fly” was good for several trips. Wrong. Two F-18s were scrambled from Naval Air Station Lemoore just 70 miles away. They were flying “hot” and ordered our pilot to descend and return to the heliport immediately. The jets then slowly passed over park headquarters, as if to say to the superintendent, “We mean business.” The roar was deafening.
Today, Sequoia National Park stands strong, and so does our country. Here, the door to wildness is always open. Come and check it out for yourself. 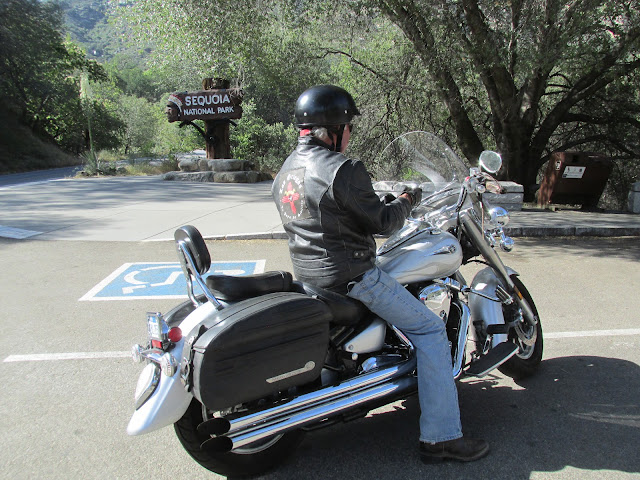 Planning a Visit
Sequoia National Park, located in the the Sierra Nevada range, is home to General Sherman, the largest tree on earth, and Mt. Whitney, the highest summit in the contiguous 48 states. There are multiple campsites, but GPS devices sometimes give inaccurate directions in this area, so keep a park map handy and pay attention to signs. Some roads are inaccessible in winter.
To DoDay hiking, Ranger-led activities, visitor centers and museums, cave tours, skiing, snowshoeing, picnicking, horseback riding, camping, rock climbing, and more.
Hours
Open 24/7/365, weather permitting. Highest visitation is in July and August. Campsites may be difficult to secure on summer weekends and holidays.
Cost
Twenty dollars per motorcycle ($25 starting January 1, 2017); $15 individual; $30 vehicle. All passes valid up to seven days for Sequoia & Kinds Canyon National Parks. Annual passes $50.
For more information or to purchase a pass, visit www.nps.gov/seki.