The article "In Pursuit of Wildness: Abo Ruins, New Mexico" by Robert Griego was published on the "RoadRUNNER Travel & Touring" magazine website on 11/25/19.


In the 2009 documentary The National Parks: America’s Best Idea, Director Ken Burns spoke about the grandeur of a world known as Yellowstone National Park, as well as less familiar National Park Service areas, such as Abó Ruins, an integral part of Salinas Pueblo Missions National Monument in New Mexico.
Burns once said: “We are all co-owners of some of the most beautiful places in the world. And ownership suggests only modest, in this case, responsibilities. Go out and visit your property. Make sure it’s being taken care of. That is, be a good constituent of them, and make sure they’re being taken care of for future generations.”
Those words linger in my mind as I ride my motorcycle along some quiet highways in central New Mexico. At least once a year I travel to the badlands of New Mexico to reconnect with my heritage and explore some of the state’s many lesser-known national park areas.
My sister Elva and her husband, Robert Esquibel, live on their 40-acre ranch next to the Abó Ruins. I’ll take this opportunity to visit them and explore this area. They know that I plan to write a story about the area and they immediately offer some colorful history. Robert’s father, Nick, was a subsistence farmer and grew many crops, including pinto beans. He was also a schoolteacher and conservationist. We walk around the ruins and the history begins to unfold. “Federico Sisneros, Abó’s caretaker, is buried just over there,” Elva tells me. The small visitors center offers a wealth of history, but I can’t stop thinking about the man buried here.
The Sisneros family has been in New Mexico for over 13 generations. The early families attempted to settle in Abó but were attacked by Apaches and left; they returned when the area became more peaceful, building houses near the pueblo ruins.
Federico Sisneros was born in 1894, and when he was 5 years old his father gave him the responsibility to care for the Mission San Gregorio de Abó. Initially his job was to keep the family’s sheep from licking the old stones for salt. Eventually, the sheep would destroy the ancient walls, which were considered holy. Sisneros married and began a family of his own and continued to care for the ruins at Abó. In the early 1930s, he sold Abó with the understanding that it would be better cared for under the protection of the state of New Mexico. Sisneros continued to live nearby and care for the ruins.
In 1980, the state turned Abó and Quari, another state monument, over to the National Park Service. The sites were combined with Gran Quivara National Monument to form the new Salinas Pueblo Missions National Monument. Sisneros stayed on as National Park Service ranger, caring for and living next to the monument. He led numerous tours of the area.
I remember Sisneros from my days working for the National Park Service. He was considered at the time to be the oldest living park ranger. Sisneros’ lifetime devotion as a caretaker didn’t go unnoticed. In 1981, he received the prestigious Superior Service Award for his decades of work. I recall being very proud of him and his dedication, even though I never met the man.
Sisneros worked until the day he died, March 12, 1988. His final wish was to be buried on the north side of the ruins of San Gregorio de Abó. In a rare case of bureaucracy, the National Park Service honored his devotion and granted his final request.
Ken Burns’ challenge was admirably met by Federico Sisneros, Abó Ruins honored caretaker.


PLANNING A VISIT
Visiting Abó Ruins can be an easy daytrip; enjoy a picnic while there.
Gran Quivira National Monument was established on November 1, 1909. Quarai and Abó, themselves national monuments since 1962, joined the Gran Quivira National Monument in the early 1980s. In 1988, the monument was renamed the Salinas Pueblo Missions National Monument; it continues to stand as reminder of a time when the cultures of the American Indians and the Spanish converged.
TO DO
Stop at the visitors center for information on a variety of activities, including ranger-led tours, self-guided walks, picnicking, and stargazing.

One of my favorite motorcycle rides (256 miles) when visiting Abó is east on US Route 60 toward Mountainair, then south on NM 55, stopping by Gran Quivira, and then continuing south on US 54 to Carrizozo, then east on US 380 to Capitan, then south to Ruidoso, Tularosa, Alamogordo, and finally Las Cruces.
HOURS
The Salinas Pueblo Missions Visitor Center in Mountainair is open daily 8 a.m. to 5 p.m. The three park Mission Units (Abó, Quarai, and Gran Quivira) are open daily 9 a.m. to 6 p.m. from Memorial Day to Labor Day, and 9 a.m. to 5 p.m. the rest of the year. Salinas Pueblo Missions is closed Thanksgiving, Christmas, and New Year’s Day. The park may also be closed due to inclement weather. During winter, call ahead to check the status.
FEES
Admission is free.

For more information, visit www.nps.gov/sapu.
Posted by Robert Griego at 7:04 PM No comments:

Our Desert Jewels
AV★WALL
The Mobile Vietnam Memorial Wall
Text and Photography: Robert Griego
www.mymotorcycletales.com
Einstein knew, that even at the speed of light, you could only be in one place at one time.

Veterans Day is a special time to thank, honor, and remember our veterans.  Two special events are occurring this Veterans Day in the Antelope Valley and Sequoia National Park, nearly 200 miles apart.  As fate would have it, and with a little help from friends, I attended both Veterans Day Celebrations over the last few days.

A week ago I heard about the mobile Vietnam Memorial Wall where bikers were invited to “escort” the Wall from Lancaster to Palmdale on Thursday, November 7, 2019.  “Sandy, this is a perfect opportunity to visit Lancaster and return to Three Rivers for another special Veterans Day event.  Do you know who is organizing the event?” Sandy’s not a biker but she knows someone who would know – Ron Emard, owner of Antelope Harley-Davidson.
I called Ron and he said, “Stacia Nemeth is the person that knows everything about this event.  Later, I would stop by his dealership in Lancaster and visit with him.  He is an amazing person, a bad-ass biker, and well respected in the Antelope Valley.  I loved all the artwork in his shop, including his framed, historic Flag with 48 stars!


Stacia Nemeth is the Co-chair of the 10th Anniversary AVWall Committee.  She was informative and passionate and within ten minutes of talking to her on the phone, I knew I had to be there.
I left the very next day.  I wrote down what she said, “The escort begins at HW Hunter Ram of the West at 43226 10th St W, Lancaster and ends at the Palmdale Amphitheater at 2723 Rancho Vista Blvd, Palmdale.
This wall is a bridge between Lancaster and Palmdale. I’m not sure how many bikers will turn-out but thank you for joining the escort.”

Later, I read in the Basic AV Wall Facts brochure that “The full name of this wall is The Mobile Vietnam Memorial Wall.  Because it was created in the Antelope Valley, it goes by the nickname The AV Wall and is a half-scale replica of the Vietnam Veterans Memorial in Washington, D.C.  Point Man Antelope Valley (PMAV) is the guardian of the AV Wall and is responsible for its maintenance, storage, and travel…The AV Wall is engraved with the names of more than 58,300 men and women who gave their lives or remain missing.”

From the moment I arrived at HW Hunter Ram, I was impressed. There were flags everywhere and what seemed like hundreds of motorcycles.  HW Hunter Ram provided a new 2019 Ram 2500 Bighorn to pull the trailer containing the seventy-six panels.  Wow, first-class!

We would be escorted by Michael Courtial, Deputy Sheriff of the County of Los Angeles Sheriff’s Department along with four additional Sheriff units.  He explained the route and emphasized, safety above all else.  Sheriff units blocked off all intersections as we passed without stopping.  Now that’s a bikers’ dream, red-lights, and sirens for us.  We proceeded down The BLVD and cars pulled over, honking their horns.  I remember a small lady on a corner waiving her flag as we passed.  Kids jumped up and down.
Perhaps, the most touching moment for me was seeing a man standing proudly saluting, as hundreds of us passed.  I’m sure his salute remained until the final motorcycle passed.

There are seventy-six panels carried by two people to either the West or East section of the Wall.  It was an honor to help assemble the Wall, knowing that the names of many of my Barstow, CA high school friends are inscribed there.
There are 76 men from the Antelope Valley on the Wall.


Leo Griego, my brother was unable to attend the ceremonies but he told me that he has seen the Vietnam Memorial in Washington. He recently retired after 46 years as a Detective for the Barstow Police Department.  Our family and the Barstow community are very proud of him.

The 10th Anniversary Ceremony was led by inspiring speakers.  Mike Bertell, President, AV Wall Committee and a Vietnam Veteran, ’70 -’71 set the stage with these ending remarks:
“The Wall in D.C. is known as The Wall That Heals.  Spending time at the Wall can leave a lifelong impression.  I am honored to have brought that healing opportunity to tens of thousands of people over the past ten years…God Bless.”

There are five mobile Vietnam Memorial Walls and the AV★Wall is deemed the best in our country.

There were bad-ass bikers with tears in their eyes, including me. Guest speakers like Ron Reyes, a Gold Star Son – Jose Ramos, U.S. Army (retired) and Senior Advisor to the Director of the U.S. 50th Vietnam War Commemoration – Carl Hernandez (read his poem, Does This Wall Really Heal) honored our Veterans.
One distinguished speaker quoted President Barack Obama:

“And one of the most painful chapters in our history was Vietnam, most particularly how we treated our troops.  You were often blamed for a war you didn’t start, when you should have been commended for serving your country with valor.”

Before heading home to attend the Veterans Day Celebration at Sequoia National Park, I managed to visit Arthur B. Ripley Desert Woodland and the Antelope Valley Indian Museum.  The Antelope Valley is a region that I intend to return to visit some of the outstanding State Parks.

He was born in 1864 during the Civil War to parents who were slaves in Kentucky.  In 1889, he graduated from West Point and began his military career.  In 1903 while still assigned to the 9th Cavalry, he served as Superintendent of Sequoia and General Grant National Parks, making him the first black superintendent of a national park. He helped define what Ken Burns called “America’s Best Idea.”

"It is never crowded along the extra mile" ~ Wayne Dyer.   This post is for motorcycle enthusiasts from here and around the wo... 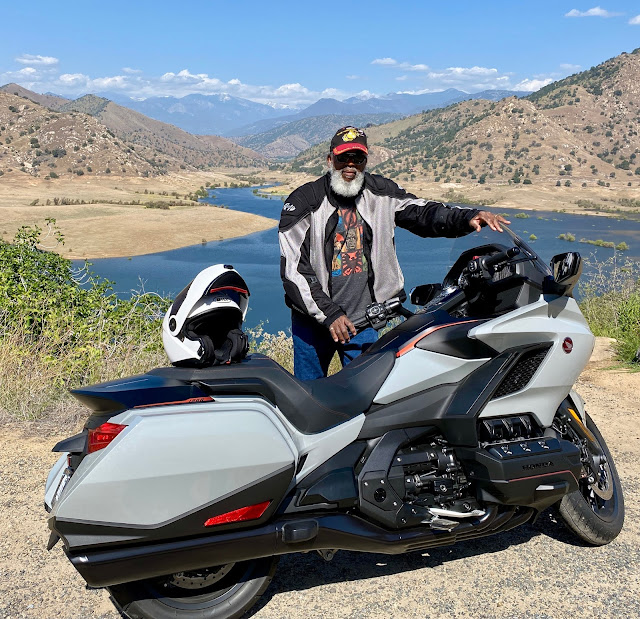 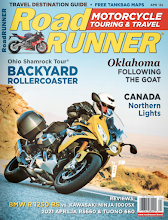